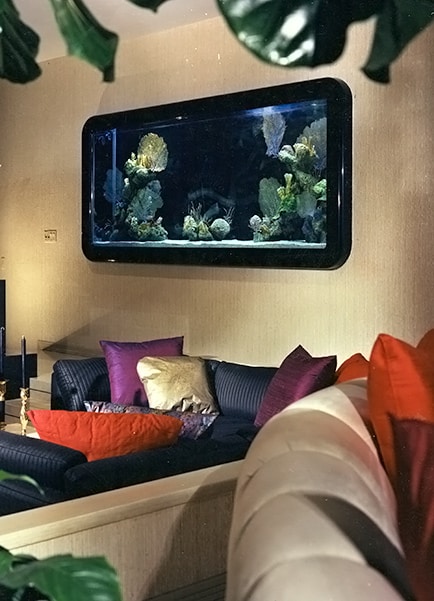 So you want to get your first aquarium! But you’re not quite sure where to get started. Like any hobby, there are pitfalls to watch out for when purchasing your new aquarium. Here are some helpful questions to keep in mind as you get started in this great hobby:

How big of an aquarium should I buy?

The instinct here is to start small, but how small is too small? For beginners, choosing a small aquarium can be a recipe for disaster. The smaller the volume of water, the more sensitive that environment is to very rapid change. That means you have a preciously small margin of error.

The recommendation is to avoid tanks smaller than 20 gallons until you have some experience. The bigger your tank, the better chance your fish have of surviving a mistake.

When should I add new fish?

Perhaps the biggest mistake new aquarium owners make is adding fish too soon, sometimes the same day they set the tank up! Bad mistake … the water has not had time to stabilize; gasses, minerals, heavy metals and chemicals add by local water treatment plants all have an adverse effect on the tank’s ecosystem. And that can harm your fish. The water in your new aquarium should be allowed to stand for at least a day to allow those dissolved gasses to escape and the pH to stabilize before introducing your fish to the new aquarium.

How many fish should have in my tank, and how many can I add at one time?

Let’s answer the second part of that question first, since it ultimately will have an impact on the first part. The idea is to add fish to the new environment slowly so the bacterial colonies have time to become fully established; until then, your aquarium cannot support a full population.

As for the total population, general wisdom says one should calculate the number of fish by using the inch-per-gallon rule: one inch of fish for every gallon of water in the tank. So if you want to have six fish in your tank that grow to a maximum size of two inches, you will need 12 gallons of water to support them.

Which fish should I select for my new aquarium?

Well, aside from personal choice of colors and interesting shapes, one must be attentive to which fish get along with which, and which fish can exist together in which water conditions. Careful research before you make your selections will help you avoid choosing incompatible species.

How much/how often should I feed my new fish?

This is, by far, the biggest mistake new aquarium owners make. Fish are feeders of opportunity; that is, they will eat when the food is there, regardless of need. So the first thing to watch is the amount of food you make available to them. Give them no more than an amount that can be consumed in five minutes. As you are starting them in their new environment, feed them no more than once per day, and as the ammonia and nitrates levels rise, withhold feeding them for a day or two to allow the amount of waste being produced to drop. Fish can go several days without eating.

The water is the single most important element in your aquarium, and requires the most attention. Let’s start with filtration/. Your aquarium filter should filter all the water in the tank through it at least three times per hour. If it doesn’t, it is too small.

As for testing the water, you will need to monitor the nitrogen levels, which means you must test constantly at first, then keep tabs as the environment settle in. For example, before introducing your fish to their new environment you will need to test the pH, hardness, ammonia, and nitrite levels to establish a baseline. During the start-up cycle it is also important to test the ammonia and nitrites often. Once the tank is well established, monthly testing will keep you on top of any unseen problems that may be brewing. If fish suddenly die, be sure to test the water to see if anything has changed.

Lastly, you will need to change the water in your aquarium on a regular basis. Wastes build up in the tank that can only be removed by vacuuming the gravel, removing some of water and replacing it with fresh water. Failing to change the water will not kill your fish on its own, but it will greatly contribute to their overall poor health. Poor water conditions will stress your fish and make them more susceptible to disease, and this often will shorten their life span.